DillanPonders Unlocks the Secrets of 'MATRIX'

DillanPonders Unlocks the Secrets of 'MATRIX' 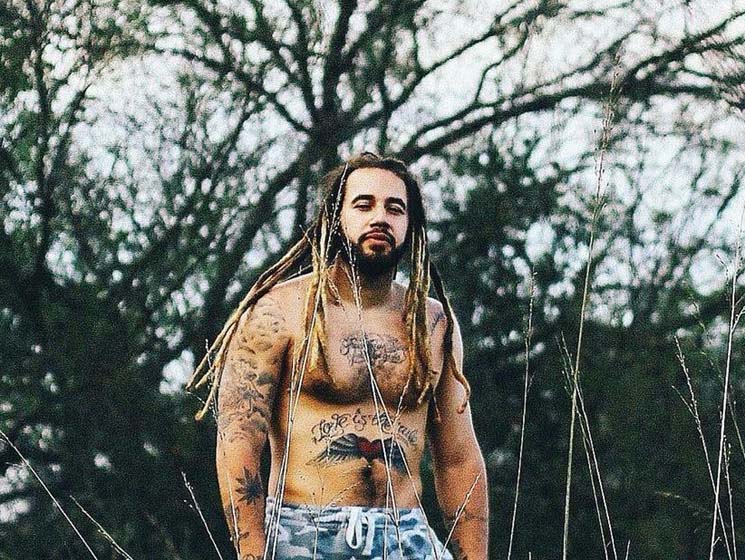 Prolific Toronto rapper DillanPonders reveals a secret on his latest album. "What I want them to get from this album is that I have ficially figured out the Matrix," he tells Exclaim! "and I know how to manoeuvre through it."

He might be onto something — after all, he based his latest album MATRIX on the concepts explored in the film trilogy. "I would like you to understand that we are all born in a mental prison," he continues. "MATRIX is based on the movie, but also life concepts. Unplug yourself from the rat race. You look at everyone's life and want that — unplug yourself from that and just do you."

DillanPonders presents a different version himself on the new record, compared to earlier releases like Dopamine and Comatose, which featured spacey, EDM production. Even from more recent releases like You're Welcome 2 and Acid Reign, which featured heavier bass production and more hard-hitting raps, MATRIX takes another step, with compelling explorations self-evolution.

Dillan has switched his lyrics about non-monogamy and battling demons, to his love for his girlfriend and embracing enlightenment in MATRIX. "Looking back, I knew I would succeed in the realm arts and music, but with love, I did not expect it in the slightest. I was an idealistic young man. I knew the marriage institution was a sham. However, I bumped into Aubrey, who respects the fact that she gives me space and lets me create when I can. She's the love my life."

That relationship helped solidify feelings Ponders had been having for some time, about the energy that others in your life can take from you. "You gotta be careful with who you give your energy to. If someone can't reciprocate with you on your level, it won't flow properly. Energy is like a battery. I have to recharge my battery with good people and good energy."

Production on MATRIX, covered by Kevin Rolly, Dutch Revs, NASTII and D.R.O, matches Dillan's loud, raspy and vibrant vocals. With banger track "GOKU," based on the Dragon Ball Z character that is always levelling up, Ponders assures his listeners that he's doing the same.

But DillanPonders gets personal on "WOLVES," where, with a more chill rap style and Auto-Tune-assisted chorus, he touches on quitting Xanax. "Xanax, cocaine, speed, I have thrown away in the garbage," says the rapper whose lyrics previously celebrated those. "All the chemical stuff. I already have a chemical imbalance, because I deal with being bipolar, so I don't use those drugs anymore."

He uses his experiences to speak on, in his music, drug abuse and mental health more generally. "It's glorified because it's cool to people. People are more impressionable online. So it's my job not to do that. I have to have a direct connection to something to talk about it, so it's genuine. That's why I speak on drug addiction, use and mental health."

"You have to focus on the positivity," he continues. "I am not responsible for how you feel about me. I feel good about me." As he raps on "GOKU": "Told me to be in school follow rules, get a wife, get a job / Fuck that I'm living a better life."

MATRIX is out now as an independent release.